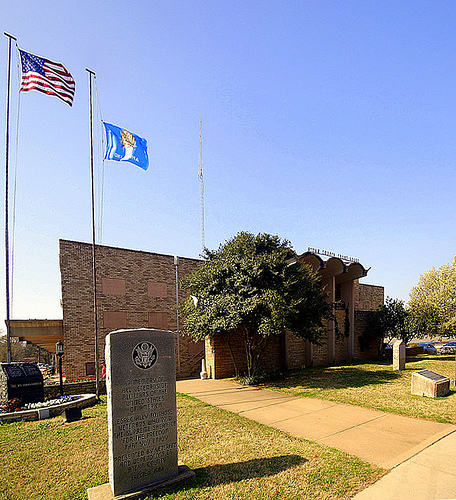 The Atoka County Courthouse was evacuated shortly after noon today after a bomb threat was made. Once everyone was outside, police began sweeping the building for any explosive devices the Atoka Co. Sheriff's Office confirmed. However, as of yet, nothing has been found. Authorities from around the area were called in as the thought was to evacuate the jail in Atoka, but that turned out to not be the case. By mid-afternoon, the sweep turned up nothing and workers were given the all clear to go back to work. The investigation into the call continues.