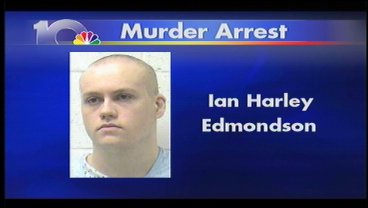 Durant, OK -- Durant police arrested a man Saturday night on suspicion he killed his own mother.  It all happened at the Timber Ridge Apartments on Wilson Street in Durant.

Saturday night, police got a call of a possible homicide at the apartment.  When they got there, they found the female victim dead inside.  Her name is not being released at this time.  While searching the apartment, they found the victim's 22-year old son, Ian Harley Edmondson, in a bedroom armed with a sword.  After 40-minutes of negotiations produced no results, officers used what they described as non-lethal force to subdue and arrest Edmondson.  He was taken to the Bryan County jail.  On Monday, he's expected to be charged with first degree murder.  OSBI agents are assisting Durant police with the investigation.