Family Starts Music Scholarship in Memory of Loved One 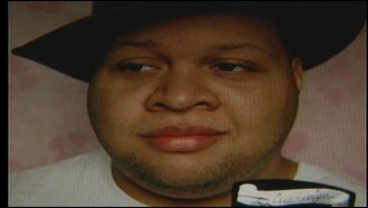 DENISON, TX -- A Denison family is starting a musical scholarship at Southeastern in honor of their late son, Fernando Eugene Braxton. You may have heard his music. He went by Nando, and he performed everywhere from Cellarman's in Sherman to the House of Blues in Dallas. Deeda Payton spoke to his father and best friend at the family barber shop in Denison about how they're continuing his musical legacy.

They are kicking off the scholarship program with a benefit concert Thursday night at T-bones in Denison. Many of Nando's fellow musicians will perform his original music. It's an event that his family says will be emotional for them because Nando won't be there, but they say it also warms their heart to know his music can keep his spirit alive.

"Being a musician when you play someone else's songs you're not just playing their song, you're stepping into their soul for the three and half - four minutes. That's what it's like playing Fernando's music. It's revisiting someone that you knew and loved very dearly," said Jacob Lowe.

A little over a year ago, Jacob Lowe lost his best friend and band mate, Fernando Eugene Braxton. Today, he fights back tears to play Braxton's music for his father in the family barber shop. "This Thursday the 29th would have been his 36th birthday. Fernando was a dear friend and probably the most talented songwriter that I've ever met."

Nando, as he was better known, grew up in Denison performing and poured his heart into every tune. "All his music was soul music. It goes off in your soul. It had a meaning. It had a point, and he always tried to make a difference in whatever he sang. And it was so soul filling for me today that it was hard for me to sit and listen to it." His father says Nando was his music man.

The family has setup a musical scholarship at Southeastern Oklahoma State University, Nando's alma mater. "It's important for us because Fernando would've liked that," said Lowe. They believe Nando's music will keep his spirit alive and may just fill the souls of some aspiring musicians along the way.

The concert benefiting the scholarship will be held Thursday, April 29th, from five to midnight at T-bones Bar and Grill in Denison. Tickets are $10 at the door.

To donate to the scholarship program, visit http://www.se.edu/foundation/