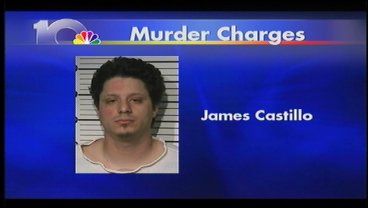 DENISON, TX -- A Denison man is beaten to death outside of a local nightclub. Now, a Sherman man is charged with murder. Deeda Payton reports.

James Castillo is being held in the Grayson County Jail on a $500,000 bond. Denison Police say the 28-year-old has a lengthy criminal history that includes assault convictions.

Police say the victim was beaten by bare hands in the Towne Pub parking lot, but people at the pub say it didn't happen on their property. They say it happened next door and that Castillo never even set foot inside.

It all happened around 1:30 Sunday morning when police say two men got into a fight in the parking lot of the Towne Pub on Armstrong. According to police, Castillo allegedly beat the victim, Robert Kane, so severely that he was dead by the time paramedics got him to the hospital. "The call came in as either somebody had been assaulted or possibly ran over, but didn't know. Of course, we haven't found any indication that he was ran over. Of course we're still continuing the investigation right now," said Lt. Mike Eppler.

A Facebook Memorial Page has been set up for the victim, Robert Kane, of Denison. Kane was 44 years old and according to that page, was the father of four and a grandfather.

The vigil will be held at Fishers Funeral Home on Wednesday night. His funeral will be held Thursday at two o'clock at St. Patrick's Catholic Church in Denison.