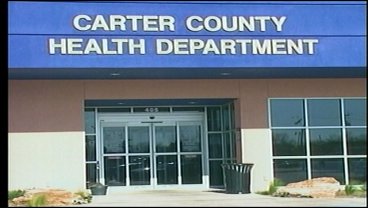 CARTER COUNTY, OK- - We want to warn parents, this next story may not be appropriate for your little ones. New numbers just released from the state of Oklahoma's health department. The statistics for sexually transmitted diseases. Meredith Saldana met with some groups in Carter County who say education is key and the sooner you talk to your kids about sex, the better.

According to the Carter County Health Department, one in four people in Oklahoma were infected with an STD, but that's no longer the case.

Kristi Inselman with the health department says, "In the age group of 15-24 the STD rate is 1 in 2. It affects women more than it affects men. And with women if it's left untreated it can cause problems with having children in the future."

Inselman says they have information at the health department to properly educate your child.

There are also groups like YW8 that visit local schools.

Nan May the Director of YW8 says, "We want our teens to be healthy and to be healthy we have to challenge some of the behaviors that culture is teaching them is normal. We especially challenge the behavior of sex and if we can get our teens to think through their sexual behaviors and what the consequences can be, they can critically think through the consequences and they're choosing differently."

YW8 doesn't teach teens to say no, but instead teaches teens to have healthy, fun relationships, draw boundaries and wait.

Something that seems to be working.

"For Carter County as where we have our 2,000 students, where we have been focused for the last 4 or 5 years, we have seen the percentage of teens that are testing positive for chlamydia going down, for gonorrhea going down," says Nan. "We're watching the teen pregnancies and teen births and we're seeing those fluctuate and moving down. So we're very excited that what we're doing the message is getting out and the teens are walking with it."

If you're sexually active, it's important to get tested, it's free at the health department, confidential and appointments aren't necessary.

Both groups stressed the importance of talking to your teen.

If you'd like more information you can visit your local health department.