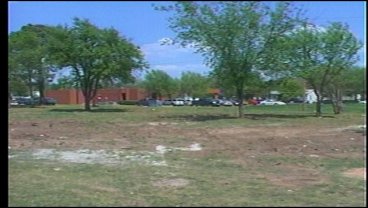 ARDMORE, OK- - The final numbers just came in from the marathon held a few weeks ago in Ardmore.  The "Arbuckles to Ardmore" marathon was organized to raise money for the new cancer center, and they more than tripled their goal. Meredith Saldana has more on this story.

When organizers started planning the first marathon ever held in Ardmore, they were expecting to have 250-300 runners.

The morning of the race, they had more than 1,200 registered and those runners raised more than $90,000.

The new cancer center will be built off of 12th Street in Ardmore behind Mercy Memorial's new patient tower.

Smalley says they were so excited to hear, that after all the bills were paid from the race, $90,000 will go to fighting cancer here in Texoma.

"For us to have this kind of support from the community, from our sponsors, from people who sponsored with gifts in kind, that provided food and services, that kept us from having to spend money on things. That's what made it such a success."

Smalley says they're already in the planning process for next years race and they're expecting numbers to be even higher.

Smalley says they are always excepting donations, you can donate on their web site http://www.a2amarathon.com/.