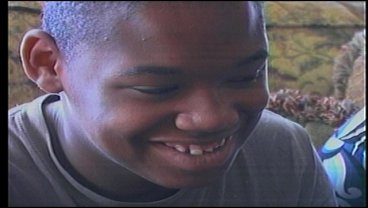 DICKSON, OK- It's a story you'll see only on KTEN -- a mother from Dickson, Oklahoma, fighting back, trying to protect her son.  It's a story every parent should pay attention to.  Meredith Saldana has been investigating this case since last week.

Sharlene Avery, a concerned parent, says the bullying has gone unnoticed for too long.

She says it went too far when a witness came forward, saying bullies at school spiked her son's drink with Germ X.

And she says, even doctors don't know what else.

Austin Avery was born prematurely and suffered developmental issues as a result.

Sharlene Avery says, she's just like any other mother trying to protect her son

"I feel so bad, because it's like I didn't protect him. You know and I thought I was doing the right thing by sending him to school."

Last week, when the school called Sharlene,  she  knew something was seriously wrong.

"We had a call from the school to come pick him up cause he was hallucinating. I just don't understand why your child goes to school and comes home in a drunken stooper," says Avery.

So, she put him in the car and drove to the emergency room.

That's when doctors told her something she never imagined.

"The doctor said that it was way over the legal limit. Now, can you imagine a 14-year-old child and what kind of damage that can do to his brain?"

The hospital then notified Dickson Police and Sharlene says she immediately tried to get something done at the school, where she believes, bullies had spiked her son's drink.

"One of the little kids had told us, 'ma'am they have been poisoning him ever since January.' And we were like, are you serious? All I can do is just ask why, why?'

So for now, this mother and her son are just waiting.

But she says, she's afraid of what could happen next.

"What everybody don't understand is it's my child today, but it could be their child tomorrow. And if this stuff is not stopped, somebody's gonna die. Because my child almost died."

The Dickson School District sent us this statement:

"Because of our obligations to protect the confidentiality of all persons involved, we will not public comment on any investigation we may undertake;

The safety of all students at Dickson is among the highest responsibilities we have. We are committed to finding out what has gone on here, if anything, and what, if anything needs to be done."

Dickson police tell me, they can't comment until the investigation is over.

They hope to turn their findings over to the DA, Tuesday.

Did you know, back in 2002, Oklahoma lawmakers actually passed a bill called the "School Bullying Prevention Act" requiring safe school committees to give special attention to bullying and harassment.

It also encouraged community involvement, to review bullying prevention programs and each school district to have policies addressing preventing bullying.

Now, here's a phone number every parent should have and your children, too.

In the state of Texas, call your local law enforcement.

KTEN- looking out for you and your kids.