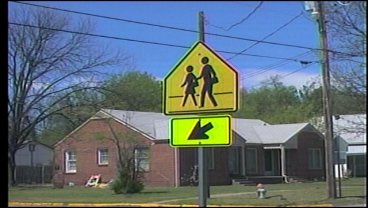 ARDMORE, OK- It's no secret, budget cuts in the state of Oklahoma have severely impacted public schools. We've told you about several districts in our area having to make some big changes to keep up with the cuts. Ardmore just found out they've been dealt more cuts to their budget. Meredith Saldana has the latest on this story.

In a meeting Thursday, State Superintendent Sandy Garrett told a group of superintendents, including Dr. Ruth Ann Carr from Ardmore schools, that they need to be prepared and ready for additional cuts to come their way.

Several months ago, Ardmore schools formed a budget committee to help them research and decide when and where to make certain cuts.

But this week, the district took another blow.

"We found out this week, and Superintendent Garrett confirmed it yesterday, that we have another cut," says Dr. Carr. "So we still have 2 months in this school year and I'm not even sure what our budget is for this school year."

There are several options the district is considering.

One is the possibility of closing an elementary school.

"We have a calendar proposal that we're looking at that would add minutes to the day and shorten the year. We will not shorten our school week because we would not want to do that. But we might look at starting later in the month, maybe starting around the first week in September."

As far as teachers, with salaries being about 85% of the budget, Dr. Carr says it will be difficult to meet the more than $3-million budget cut without cutting personnel.

The budget committee will ultimately make the decision on what to cut.

They will have a special board meeting on April 29th where they hope to have a decision.