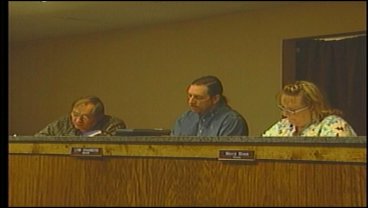 ACHILLE, OK - City leaders in the small community of Achille are asking the state to step in and review the town's financial records.

The city council officially requested an investigative audit at Wednesday night's council meeting. City leaders couldn't provide many specifics, but the town's attorney says he expects a state representative will review the town's financial books over the next six to eight months.

Mayor Lynn Chambers declined to talk on camera but said the council is calling for this audit after several residents have claimed money is missing. He doesn't believe there has been any mishandling on his part but says results from this audit should put an end to the accusations and rumors. Angry residents say a state audit may help, but the damage to the town is already done.

"We wanna know here the money went," said concerned resident Billie Hughes. "Where did the funds go out of the cemetery? Where'd they go out of the water department? Where's all this money?"

Many residents say they are angry Mayor Chambers hasn't resigned. Charges were brought against the mayor last month. He's accused of embezzling money from the Choctaw Nation. He goes to court for his preliminary hearing on Thursday.

As for the audit, city leaders will now send an official request to the state and wait for a response.