FEMA Trailers to be Resold in Southmayd - KTEN.com - Texoma news, weather and sports

FEMA Trailers to be Resold in Southmayd 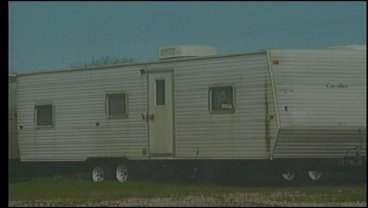 SOUTHMAYD, TX -- Thousands of mobile homes and travel trailers meant for Hurricane Katrina evacuees are up for sale, some of those are now right here in Texoma. The question, though, is are they safe? Deeda Payton asked a local dealer who bought hundreds of the units at an auction that very question.

For more than four years, thousands of travel trailers have sat empty. After Hurricane Katrina, the Federal Emergency Management Agency (FEMA) bought more than one-hundred thousand temporary housing units for evacuees. Only recently, did they decide to auction them off to dealers across the country. "We thought it was a good deal. To good to pass up. People were going to buy them so we might as well get in on it too," said Casey Peacock, Co-Owner of Hench's Country Living in Southmayd, TX.

Hench's bought about 300 units from auctions in Arkansas and Mississippi. Now they're busy getting them on their lot and ready to sell. "Based on the price point, we feel like they're a better value than what they might have to pay for a new unit," said Sales Manager, Jack Barkley.

In the past there have been concerns about their safety, specifically regarding the air quality because of the levels of formaldehyde. That's why the government made all buyers sign a waiver agreeing that the unit will not be used for permanent housing, which Peacock says, makes sense. "It's a travel trailer, it's not designed to be lived in for permanent housing."

A FEMA spokesperson says all of the units auctioned off have passed safety guidelines.

"Once they've had time to dissipate and get aired out there shouldn't be any health issues or problems in that regard," Barkley said.

So what started out as shelter from the storm for hurricane victims is now a bargain for local families planning their summer activities.

Hench's says they hope to have the travel trailers ready to sell in about two weeks.