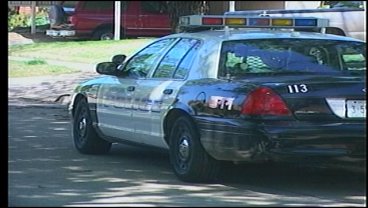 Ardmore Police arrested six people, two were minors and were released to their parents.

Kevin Eckels, Jessie Parker, and Vince Riner have been charged with 2nd degree burglary, a felony.

They appeared in court Wednesday and were released without bail on their own recognizance.

Robin Johnston was also arrested and released Tuesday, on a $1,000 bond.

The man who confronted the burglars was former Ardmore Police Chief John Beene.

Just before 5 am Tuesday morning, Beene walked out his front door in the 1900 block of 10th Northwest and saw several people looking thru his neighbors cars with flashlights.

He quickly realized something wasn't right.

"I stepped back against the door here and just monitored their actions until they got up here," says Beene. "I was assuming at anytime they were going to see me, but they didn't.'

Beene was in law enforcement for more than 20-years and says he had to do something.

He quietly walked thru his yard and walked right up to the burglars, startling them.

He then told them they were under citizens arrest.

That's when they fought back and assaulted Beene.

"We fell in the roadway out there and then I noticed 2 other people across the lawn over there, which made 4 and I thought I needed to get up really quick.'

He went home and called police.

Within minutes 2 were in custody and a few hours later so were 4 others.

"Everybody over here pays taxes and works hard and takes care of each other, and you know we're just- we're just not gonna put up with that type of stuff," says Beene.

Sergeant Eric Hamblin with the Ardmore Police Department says what Beene did was brave.

And though Beene is retired, seeking justice is still in his blood.

Beene says the situation could have been much worse and next time, he'll leave the dirty work to the police officers.