Callisburg Mourns the Loss of a Local Coach 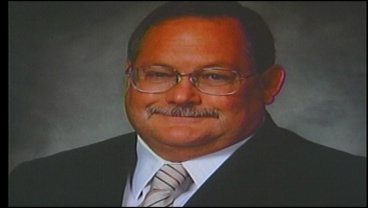 CALLISBURG, TX -- News of Dennis McAlister's death spread fast in the community of Callisburg which is like a close nit family of about 300 people. The town is grief stricken. Many people are still in shock. Deeda Payton spoke to Coach Mac's friends and co-workers about the man who touched so many lives.

Counselors and ministers were on-hand at the school Monday, but school administrators say the healing process started Sunday night at the football field where a large group gathered to exchange hugs and memories.

Callisburg ISD is a community school. "Whether it be a sporting event, academic event or school play, this is where people come to," said Superintendent Charles Holloway.

Dennis McAlister, better known as Coach Mac, has been described as the heart of the school. "He was a big part of everything he was involved in. The kids leaned on him for advice and almost a father figure and the staff kind of did the same thing," said High School Principal, Josh Ballinger.

His sudden death has shaken the community to the core. "Shocked I guess is the best way to describe it," said Ballinger.

From the classroom to the football field, Coach Mac's presence is everywhere.

As a father of five and a grandfather, not to mention a mentor to so many, those who knew him say he will not soon be forgotten. "He just had an air about him and he was one of those everyone can be successful and it's just up to you," said Holloway.

"He will truly be missed by his family and his family here at Callisburg," said Ballinger.

If you have a memory of Coach Mac you would like to share, you may do so by commenting underneath this story. We look forward to learning more about a man who meant so much to so many.