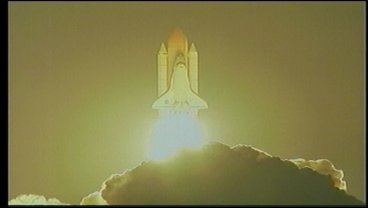 ARDMORE, OK- You talk about a big day for folks at The Noble Foundation in Ardmore. Remember, we told you in February, about researchers getting to send plants in to space.     Monday, NASA had lift off and the plants from Ardmore, Oklahoma took off on the space shuttle Discovery! Meredith Saldana has been following this story from the start, she has more on this story.

It was exciting news when we were the first to tell of The Noble Foundation scientist, chosen by NASA, to be one of 3 scientists nationwide whose experiments would take off on the space shuttle Discovery.

Monday morning, those scientists were up at 2 am and headed to the Kennedy Space Center to watch their plants lift off!

They are still in Florida but I spoke with the head scientist on the phone Monday morning.

While the nation watched the successful, early morning launch of the space shuttle Discovery, Monday, some of Ardmore's own scientists got a first hand look as their plants took off into space with NASA astronauts.

Scientist Elison Blancaflor says, "We were lucky that my first space flight experiment ended up perfect."

The plants were sent into space in sealed petri dish containers.

Blancaflor says his team is hoping to find out how plants grow in space.

And, how the lack of gravity affects gravitropism,  the process of roots growing down and plants growing up.

Elison said watching the Noble plants lift off in a NASA space shuttle was an experience he and his team will never forget.

"Even more exciting to know that our experiments were up- going up and lighting up the predawn darkness of Florida. It was nice. It's a once in a lifetime opportunity and to see it go up in the first try is actually unbelievable."

For now, they'll play the waiting game until April 18th, when the Ardmore plants are scheduled to return.

As soon as those plants make it back to earth we'll let you know if the experiment was a success.

Congratulations again to Mr. Blancaflor and his team!