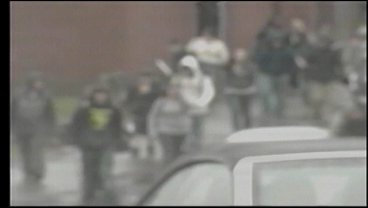 DENISON, TX -- The bullying-suicide connection is being made more and more. Some people dismiss the harassment saying kids will be kids, but some legislators across the country are strengthening anti-bullying laws to try to combat the problem. Deeda Payton spoke to a local mother who says her son was bullied to death.

One out of four kids is bullied every month, according to a national survey. it starts in grade school and usually escalates in high school, and the abuse ranges from verbal to physical abuse and often crosses over into cyber space. "Cyber-bullying is a problem: cell phones, pictures taken when students don't know they're taken, harassing texting," Denison High School Counselor, Carrie Boettger.

A local mother says her teenage son was bullied to death. "They took that young man and they turned him to somebody who felt there was no reason to go on," said Cathy Swartwood-Mitchell.

Brandon Swartwood shot himself after being repeatedly beaten and harassed at school. "I felt like our most vulnerable were our least protected, if that had happened to me out on the street there would've been charges filed," said Swartwood-Mitchell.

Today, his mother is an anti-bullying advocate along with several other parents who've lost children to the growing epidemic. "I had someone say to me after he died, I know you need Brandon's life to mean something and it was an innocent comment on their part but I said no his life meant everything! I need his death to mean something. This can not be for nothing," said Swartwood-Mitchell.

It's stories like Brandon's, and more recently that of 15-year-old Phoebe Prince who hung herself to escape from bullying, that has brought the issue into the spotlight. But, parents say more needs to be done to protect children before it's too late.

Bullying statistics say revenge is the strongest motivation for school shootings. 87-percent of students said shootings are motivated by trying to "get back at those who have hurt them."