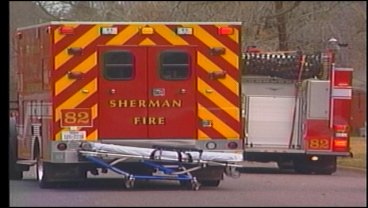 SHERMAN, TX -- Balancing any budget is difficult in these tough economic times. The Sherman Fire Department is making difficult decisions everyday to minimize the expense on taxpayers. Deeda Payton spoke to the fire chief about how he manages his operating funds.

The Chief says he is performing a balancing act and has been for months because four firefighters are out with injuries which increases the amount of overtime pay for the other firefighters. So, he's working to cut costs without affecting public safety.

They say it's a tough job but somebody has to do it. That phrase applies to Sherman Fire Chief, Jeff Jones, who is faced with decisions everyday that affect his men, taxpayers and public safety. "We have a certain number of firefighters each day for service so we have someone sick or on vacation we have to make a decision to replace that firefighter at an overtime rate," said Jones.

Currently, in Sherman four firefighters are out on medical leave for serious injuries sustained on the job which creates a burden on the department. Taking an ambulance out of service is one of the ways Chief Jones says that they can save money on the budget without affecting public safety. "Engine 82 runs as an als engine; that means advanced life support. They carry the same equipment as an ambulance except for the structure so those guys are paramedics, they're gonna treat the patient immediately with the same response time. The only difference is they have to wait for an ambulance to get there with a stretcher to carry them to the hospital," said Jones.

Sherman City Manager, George Olson, says he trusts the Chiefs judgement completely. He says the department only takes ambulances out of service temporarily and it doesn't happen often. "It's just managing your resources the best way that you can with what you have."

Chief Jones says they've actually had a decrease in the number of emergency calls in the last year, about a 10% drop.