Huge ball of flames erupts from tractor trailer on I-35 - KTEN.com - Texoma news, weather and sports

Huge ball of flames erupts from tractor trailer on I-35 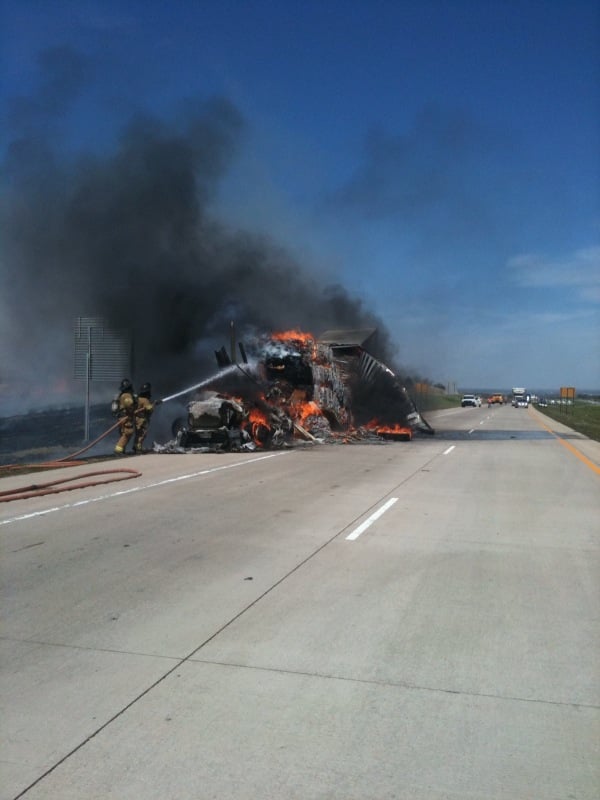 A tractor-trailer erupted into flames just after 1 p.m. today on I-35 in Ardmore at exit 33, in the southbound lane. Traffic was halted as Ardmore firefighters cautiously approached the truck, not knowing what was inside on fire. Within 20 minutes, the truck was reduced to a skeleton and the highway had been shut down. The intense fire then spread to dry vegetation nearby, and on a red-flag danger day, with winds whipping nearly 20 mph, extra firefighters were brought in to battle the grass fire.

KTEN's Meredith Saldana is on the scene and will have a full report shortly.