Ardmore Business Owner and 3 Others Charged With 2nd Degree Arson 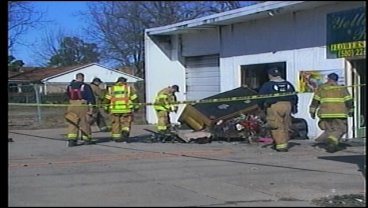 ARDMORE, OK- We told you about a flower shop that burned down in February. Monday night, new developments in the case. Meredith Saldana has the very latest.

Fire Marshall Clyde Ellis says after investigating the fire they found the cause of the fire to be arson.

Monday, the 3 of the 4 people he says are responsible, surrendered in court.

One of those people, is the owner of the business.

The fire happened around 10:30 at night on February 14th.

Early the next morning the fire department spent the day on scene investigating the fire at Yellow Rose Flowers and Gifts.

Ellis says there were several red flags throughout their investigation.

He says the ceiling tiles were removed before the fire.

They believe it was done so the fire would quickly burn into the attic to cause further destruction.

They also found two places where they believe the fire was started.

The four suspects are the business owner, Denise Baxter, contractor Jamie Lawson and two of his employees, Bruce Rebels and Thomas Dillard.

The contractor, Jamie Lawson, has actually been brought up on civil charges in another state concerning his construction work in the past, and he's being investigated in Carter County for the work he did for a couple after the Lone Grove tornado.

All four were charged with 2nd Degree Arson, a felony; if convicted they could face up to 20 years in prison and/or up to a $20,000 fine.