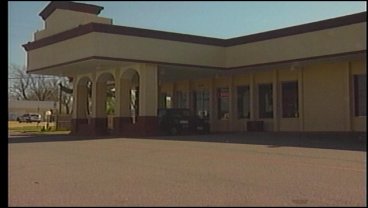 SHERMAN, TX -- A Sherman hotel clerk was held up at gunpoint overnight. The robber is still on the loose.

According to police, a clerk at the Executive Inn on Texoma Parkway was robbed just before one o'clock Monday morning. A man covered in dark clothing and a ski mask walked into the lobby, pointed a gun at the night clerk and demanded money. "He did leave with cash. No one was hurt through the incident. Through leads and detectives on scene, we have been able to develop a person of interest," said Sergeant Bruce Dawsey of the Sherman Police Department.

Police say the suspect fled the scene on foot. They have not yet made an arrest.