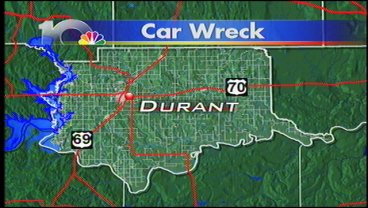 First-responders told KTEN a car went off bridge and landed on the train tracks below. The train company was notified to cease operations and a medical helicopter was put on standby, however authorities did not believe anyone suffered any serious injuries.