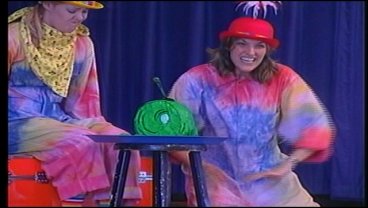 The group is called Opera on Tour, they're based out of Tulsa and put on an opera version of Dr. Seuss's Green Eggs and Ham.

The opera singers say while the story is a bit funny, it has a great message.

"Just because you haven't had something before or because you don't know what something's like, doesn't mean you're not going to like it," says singer James Mitchell.  "So we show them that opera like a lot of other things, you might not know it, but it can be a lot of fun.  And so it teaches them a different kind of music and shows them something that they might not see otherwise in their hometown."

The kids also learned that opera doesn't have to be serious or sad.

It can also be lots of fun!