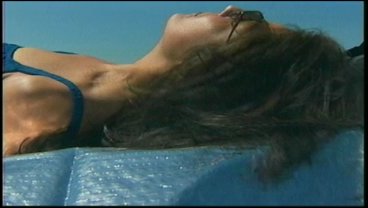 DENISON, TX -- When it's cold outside, and the skies are overcast, that doesn't necessarily mean you're safe from a sunburn. Studies show your risk of getting skin cancer is just as elevated now, as it is in the summer.

Whether you're tanning, having fun outside, or just running errands, just fifteen minutes of sun exposure can cause a burn. And even a light shade of tan, indicates sun damage.

"A tan is the skin's response to injury," says Sherman dermatologist Dr. Creed Stewert, "there's no such thing as a safe tan."

Tanning, or burning this time of year does the same amount of damage as it would during the summer. "You can get a burn just as easily this time of year as you can in July," said Creed. However, some people believe, getting a little sun early in the year means less sun damage down the line.

"I don't think a tanning bed is going to give you skin cancer unless you burn, and burn and burn," said Denison tanning salon owner, Joanne Thompson.

A recent study found the number of procedures to treat skin cancer in medicare patients increased seventy-seven percent from 1992 to 2006. That's a number that could be prevented, with some simple skin care procedures.

"Check yourself for any spots, and if you see any, you can go see a dermatologist," Creed said.

"This time of year, when it's chilly outside and you might need a jacket, you can still get a sunburn. Dermatologists recommend getting an SPF of 30 or more and reapplying it every few hours, just to be safe," reports KTEN's Kris Betts.

"Tanning does take a lot out of your skin, it dries it out," said Thompson.

"I feel better when I have a tan, I feel pretty," said Denison resident Nicole, a frequent tanner.

Pretty that could come, at a high cost.