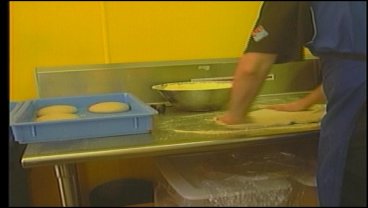 DENISON, TEXAS--Two-thirds of Americans are considered obese and now researchers are suggesting an increase in pizza and soda taxes to encourage American's to lose weight.

Research suggests the United States spends nearly $1.5 billion a year treating conditions caused by obesity.  Now, a suggested 18% sales tax could keep your from eating a few of your favorite treats.  Researches suggest the extra tax will help the average American cut 56 calories a day and lose 5 lbs a year.

But is the tax unfair?  Pizza and soda companies think so.  "It's going to irritate our customers.  This tax is targeting specific markets.  It's not looking at all food, just pizza and soda," says Shift manager JD Bolin of Domino's in Denison.  The American Beverage Association adds, "Singling out individual food and beverage products, such as soft drinks and pizza, for a punitive 18 percent tax increase, as suggested by the report's authors, would not only be discriminatory but ineffective in achieving the noted public health goal."

But the pizza and beverage industries are not the only ones hot under the collar, local Texoman's say they are tired of all the taxes.  Jay Reger says, "It's going make the general public mad.  It will make us pay more like we do for everything."  Another local resident Mary Karam adds the tax probably would not help.  "People will change their habits and just eat something equally not as good for them."

As of now, the tax is just a suggestion.