Woman's Body Found in Her Truck 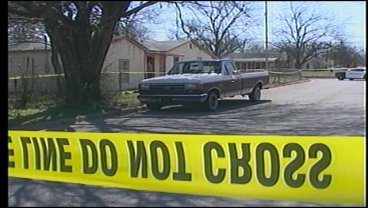 ARDMORE, OK -- The family of a woman found lifeless in her pickup says they just want some answers. Authorities have identified the woman as 50-year-old Paula Bobo of Ardmore. Nathan Thomas reports.

Police responded around noon Monday to the 300 block of F Street southeast after a neighbor noticed the pickup, and found the body of fifty year old Paula Bobo inside.

Her family reported her missing last week. She hadn't been seen since around seven o'clock Monday the 15th. Police say she left her house for a date and never came home. "Officers took a report of a missing person Friday. And the person was last seen in this pickup. We have located the pickup, there was a body inside the pickup, and at this time we are conducting further investigation into the circumstances as to how the body got into the pickup," said Lt. Eric Hamblin of the Ardmore Police Department.

We did speak with the victim's family who declined to talk on camera until they learn more about the investigation.

Neighbors we spoke with said this isn't the first time their quiet neighbor hood turned into a crime scene. About a year ago, authorities found a skull on the same block and now the neighborhood is again uneasy.