Head on collision kills one, seriously injures another 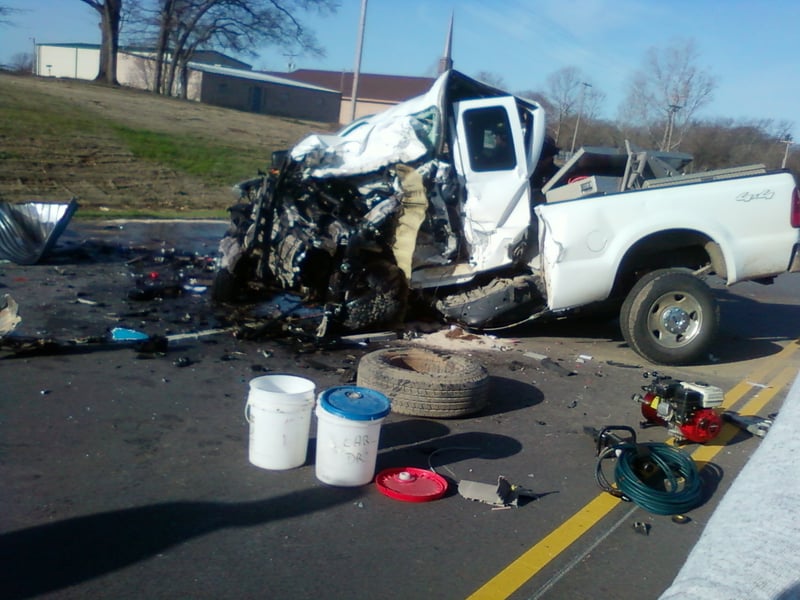 A man was killed in a head on collision on U.S. Highway 70 just west of Mead around 9 a.m. Tuesday. Oklahoma Highway Patrol troopers were on the scene to investigate the two-truck accident.

It happened when a bottled water distributing truck was headed east on U.S. 70 and a white Ford pickup was headed west on that road. For an unknown reason, the pickup drove into the path of the water truck, both striking head on.

The driver of the white pickup was declared dead on the scene by a representative of the Oklahoma Medical Examiner's Office. The driver of the water delivery truck was whisked away to a local hospital with serious injuries. Troopers and EMS worked the scene for another hour, and soon said they were looking for a small SUV which they believe was also involved in the wreck somehow. They needed to speak with the driver to gather more information on how the accident took place.