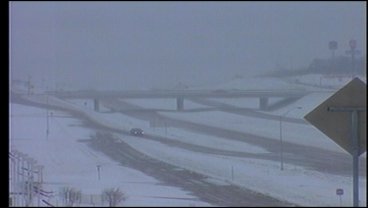 The first full day of spring brought more snow to the area.

It was an unusual sight so late in March. It was a blustery morning. Winds were strong and the snowfall steady in parts of Grayson County. The snow blanketed nearly everything but it quickly began to melt once the temperatures began climbing above freezing.

Some parts of central and northern Oklahoma saw as much as eight to 12 inches of snow, but it wasn't as bad as emergency officials had originally feared. The eastern part of the state suffered the worst of the storm.

First responders and tow truck operators were busy responding to spin-outs across the area all day. A number of vehicles could be found stuck in culverts or ditches along the area's major highways. Officials quickly moved from one wrecked vehicle to the other trying to clear the roads.