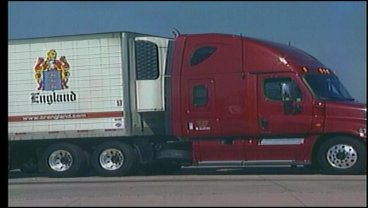 COLBERT, OK--Two semi accidents in two days, but what happens once the semi driver is cited and given a ticket?

Drivers of commercial vehicles get points on their record depending on their violation.  In Thursday's wreck, the semi driver was cited for failure to control speed, a violation that could earn him 3 to 4 points on his record.

"There's a point system for a commercial vehicle.  It varies from state to state but reckless driving can be worth worth 12 to 15 points which is worse than a DWI," says Tom Stockard a man who has been driving his semi for 33 years.

Also, the system for each location differs, a driver's first violation can get a driver 60 to 120 days suspension.