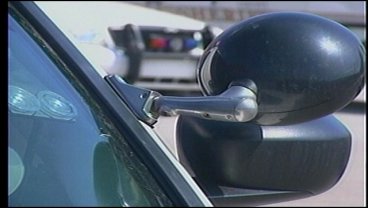 CARTER CO., OK- A Carter County armed robbery case has prompted one of our Oklahoma State Representatives to try to change legislation across the state of Oklahoma. Meredith Saldana has more on this story.

Right now in the state of Oklahoma, if an armed crime is committed the state statutes say law enforcement has up to 3 years to solve that crime.

The man escaped on foot, but thanks to modern DNA technology, evidence from the scene was resubmitted and the results led deputies to their man.

But, the state statute of limitations kept them from being able to make an arrest because it had been longer than 3 years.

"You know these statute of limitations were put into effect basically because evidence gets old, eye witnesses forget things, so you know it was decided and it's been this way throughout our history," says Representative Buck.

Now Buck is pushing to change the statute from 3 years to 7.

"People that rob you with a gun and stick a gun in your face need to go to prison and I think there needs to be a longer time than 3 years to be able to do that."

The sheriff's department was disappointed to find out they had run out of time.

"We were surprised," says Deputy Matt Dunn. "Yes, it was a shock that when we felt like we'd regenerated the case and had some new leads to go on and looking at the law and reading that the statute of limitations had run out."

Carter County Sheriff Ken Grace agrees, "It's pretty disheartening when a guy puts that much work into it, then come to find out, we know who it is and we can't do anything about it. Fortunately, we've got some very proactive senators and representatives in this area so they're gonna help us on it. It'll benefit the whole state."

The proposed bill has already passed the house and is now on it's way to the senate.

Of course, we'll let you know if it makes it to the governors desk.

Texas statutes give law enforcement 5 years from the time the crime is committed for it to be solved.