Should you fill out your 2010 Census Form? - KTEN.com - Texoma news, weather and sports

Should you fill out your 2010 Census Form? 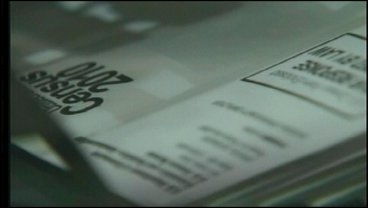 SHERMAN, TEXAS--If you've checked your mail in the past week, you've most likely received a 2010 Census Bureau form.  But should you fill it out?  The answer is yes.

The form is mandatory by law and does not require you to give out much personal information.  Tina Sevenbergen, a local Sherman resident, received her form and filled it out.  "I thought the form would be asking a lot of personal questions and information that I would not want to give out, but really there were only 5 or 6 basic questions."  If you are worried as to whether your form is the real deal take a look at the bar code and census stamp.  "They'll never ask for your social security number or your banking information.  Also, if they come to your home, they will have an official badge and confidential disclaimer," says Jenna Steormann Arnold a Media Specialist for the United States Census Bureau.

If you're wondering why the government needs this information, it helps access your community's demographics and can even effect your towns, roads, and highways, not to mention your child's school attendance.  "The roads and school in enrollment are two examples of items that are affected by census data," says Steormann Arnold.

These forms are sent to every household in the United States.  So far this year, 132 million questionnaires were mailed out across the country.  Obtaining these census statistics does not come cheap, it costs about $400 billion in federal funds.

If you do not fill out your form, you can expect a knock on your door.  The census bureau says the statistics must be collected and sending agents to your home costs the bureau even more in federal funds.  As agents follow up, be cautious what information you give out and who you are giving it to.  "The census forms have official stamps on them.  Also, if an agent knocks on your door, they will never ask for your social security number or banking information.  They will be carrying an official badge and ask you to sign a confidential disclaimer," says Steormann Arnold.

In addition, there have been reports of wrong addresses printed on the envelopes.  The Census Bureau asks that you still fill out the form because the bar code on the form is specific to your homes geographical location.  If you feel uncomfortable you can contact the United States Census Bureau online at www.2010census.gov.