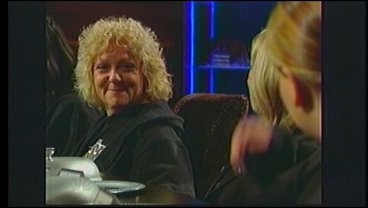 The Biggest Loser reality show on NBC has changed many people's lives. Including a family from right here in Texoma. Meredith Saldana met with the latest contestant to be sent home, she has more on this inspiring story.

Texoma has watched the weight loss journey of Cheryl and Daris George from right here in Ardmore, Oklahoma.

Tuesday night we watched, and many cried, as Ardmore's own Cheryl George was voted off the Biggest Loser ranch.

She vowed, though, to continue her journey from home.

Today, she's back at home and has lost a total of 65 pounds!

Cheryl George says, "That's the first thing I want to do, is get rid of all my clothes that do not fit me, because I never want to look like that again, never want to be that person again. And I just can't wait to get rid of them."

She says the ranch was intense, but she learned a lot the two months she was there.

"I felt really good and I'm glad I did because its really helped advance my weight loss and prove a lot of things to myself. That this is possible. You always push beyond your limit and that's what it takes."

Telling her what an inspiration she's been and how much she's helped them on their weight loss journey but, she says there are still some daily struggles being back at home.

"I'm really trying to figure out where I can get all my exercising in before I even go to work at 9 o'clock . So, do the biggest part of my exercising from 5-7, shower and go to work," says George.

Cheryl says the journey has not only changed her life, but her son's as well.

Her son, Daris, is still competing on the ranch.

So be sure to watch Tuesday night, right here on KTEN to follow him through the rest of his journey.