Pottsboro Moves Forward with Plans for a New Park 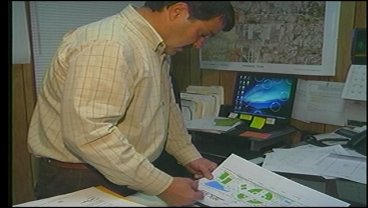 POTTSBORO, TX -- It's been years in the making, and today Pottsboro city leaders approved plans to move forward with a new multi-purpose park. Deeda Payton has the details.

The new park will be similar to Fairview Park in Sherman with baseball fields, a walking trail and plenty of playground equipment. City leaders say if all goes well, Pottsboro will have a new park in about a year and a half.

Children need to run. They need to play. Pottsboro city leaders understand that.

They've spent years working on a new city park that will be similar to Fairview Park in Sherman. "It's wonderful just for quality of life. We'll have soccer fields, hopefully a fishing pond. We'll have some baseball fields, and eventually we'd like to put in a skate park," said Pottsboro Mayor, Frank Budra.

The city qualified for a $400,000 match grant from Texas Parks and Wildlife about two years ago. In that time, they've drawn up plans, they've found the land, so now is the time to act. "We have to actually start incurring some cost in order to move forward," said Pottsboro City Manager, Kevin Farley.

Today, the council approved the purchase of about 30 acres on the south side of town which is larger than their two current parks combined. "Pottsboro's growth dictates that we have more city park facilities, it's estimated that by the time we reach our immediate growth potential, we'll need about 90 acres of city parks and we currently have about ten in completion," said Budra. City leaders are hoping this new park will help Pottsboro reach their goal. City leaders hope it'll meet the needs of their residents, especially the little ones who look forward to playtime in their neighborhood.

The park will be dedicated to the great-great grandfather of the landowner who is selling and donating land to the city. He is asking that it be called The James G. Thompson Park after one of the men who founded the city of Pottsboro.