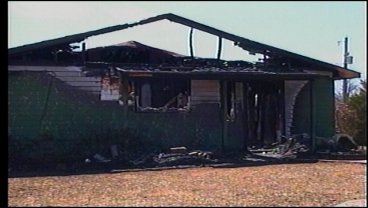 JOHNSTON CO., OK- The investigation continues into a house fire and death of a Johnston county woman. It happened early Friday morning, now officials are saying the woman's death, wasn't accidental. Meredith Saldana spoke with friends of the victim.

The Oklahoma Medical Examiners office tells me they are still investigating, but did confirm that the death was a homicide.

First responders originally thought she died as a result of the fire.

Now the medical examiner's office is calling her death a homicide, shocking friends and neighbors.

Margie Ritchie was a friend and co-worker of Bullard's.

She says Bullard was inspiring to everyone around her.

In her many years as a teacher at the Murray State College Campus in Ardmore, she taught thousands of students and everyone who knew her says they're shocked at the sudden loss of such an amazing woman.