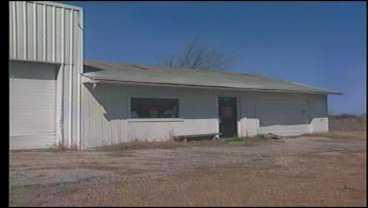 IVANHOE, TX -- A volunteer fire department in Fannin County has shut down due to lack of resources and support leaving neighboring cities to pick up the slack. County commissioners say it's the second time in ten years it has happened to this department. Deeda Payton was in Ivanhoe Tuesday to see how it's affecting the community.

Fannin County is trying to step in and help the fire department in Ivanhoe get the doors back open, but volunteer firefighters say they need more than resources, they need leadership.

Resources are slim to none at volunteer fire departments. It's the people who make them work, but without leadership it can be tough for the volunteers to keep going. That's what Ivanhoe firefighters say happened to them. "Lack of funds and everything got to us. We didn't have but two running trucks and one belonged to the previous fire chief, and when he quit he took his truck," said Matthew Adams.

The fire department in Ivanhoe has been locked for about a month now and the next closest fire department is about 10 miles away. "The Fannin County Fire Chiefs Association had a meeting after the closing of the Ivanhoe and distributed the area amongst the departments and that took place last week," said Bonham's Assistant Fire Chief, Brad Nichols.

The Bonham Fire Department along with Ravena and Telephone are picking up the slack. Nichols says it has increased Bonham's response area by about five miles. That's why everyone involved is hoping Ivanhoe can get the resources to reopen. "We're trying to find someone to take over as chief, somebody that has any kind of firefighting experience that can take over," said Adams.

The firefighters are hoping someone will come forward this weekend and volunteer to lead them, so they can get the support they need to continue helping their community in emergencies.

A public meeting will be held Saturday, March 13th at Sam Rayburn High School at ten o'clock to discuss the Ivanhoe Fire Department's future. Then, the Fire Chiefs Association will determine whether there is enough to support to reopen the department. We will keep you posted on what happens.