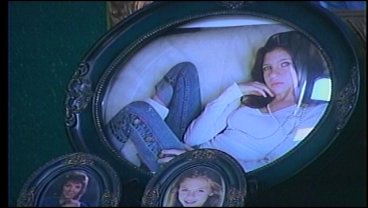 ADA, OK- An Ada teen who dreamed of becoming an actress is making her dreams come true at the age of 16. Meredith Saldana has more on her inspiring story.

Blaine Saunders started with talent competitions and quickly found herself auditioning for roles in Los Angeles when she was just 9-years old.

"I just kinda fell in love with it and I'm like hey mom, this is what I'm going to do the rest of my life. I hope you're okay with that," says Saunders.

Her first role was on Days of Our Lives and most recently, a recurring role on the ABC sitcom, The Middle.

The young actress plays the role of an awkward friend of one of the stars of the show.

"It was like a role practically made for me. I have a major inner dork side."

In the second episode her goofy character blossoms into a young woman.

She wears make up and fixes her hair, but Saunders says she really likes the moral of the story.

"I like that at the end of the show, that I was still pretty but I still was a dork. I didn't like become a mean girl or anything."

This level headed 16-year old is doing so well in Hollywood, that after receiving her GED, she actually moved out to Los Angeles on her own, with roommates.

An adjustment that seems to have been more difficult on her parents.

Her mother, Fonda Saunders says, "I'm not crying everyday now. So that part I mean it's been a huge adjustment.

"I have a convertible out there, my mom's like you can't put the top down because you know there'll be predators and stuff.  So, I'm like okay. Then my friends ask me can we put the top down? Okay, let me call my mom real quick. So I call her and they're like she's 1200 miles away she won't know. And I'm like no, I have to call her, because if she doesn't trust me then I can't be out here," says Saunders.

For all the rolls she's landing, there are so many others she auditions for.

Her mother, Fonda Saunders says, "She gets close really often and as parents it just rips your heart out.  Because you see how much hard work they put into it and they end up not getting it in the end."

But this Ada teen, hasn't forgotten the small town she grew up in.

"I would like to work on movies. My big dream would be like to have a production company outside of Ada."

Despite giving up many normal teenage milestones, Saunders says it's been worth it.

"Oh absolutely. I wouldn't change it for the world."

Saunders has just signed on to appear on the season finale of The Middle set to Air in May.