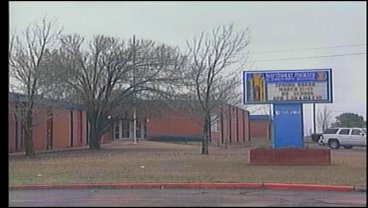 DURANT, OK -- Durant ISD is one of the largest employers in Bryan County. Next month, voters will consider a roughly $7M bond election. Deeda Payton takes a closer look at what residents will need to consider.

Durant ISD is hoping to offset transportation and building maintenance costs with two bonds, which will total 7.12 million dollars. "We are not supplied by the state for operational costs, building costs, so to upkeep our buildings in the tradition we've become accustomed we have to periodically pass bond issues, and that is something Durant has done successfully for about 25 years." Superintendent Dr. Jason Simeroth says schools need maintenance just like homes.

The bond election would support various projects that include installing roofs and replacing 20-year-old, heat and air units to security upgrades. "There's research that shows that students that are in an aesthetically pleasing building and stay dry then there education increases also."

Simeroth says these bonds won't raise taxes, they'll just replace previous bonds that have expired. "This will enable us to continue to allow us a savings account and continue that our staff is employed and kids get the best education and the best teachers."

If the bond in April doesn't pass, Simeroth says they will have to dip into their general fund which is money they do get from the state, but that's also where 85-90% of the district's salaries come from, so that could mean pay cuts or even job cuts in the future.