Sherman Lawyer Gets a Man off Death Row 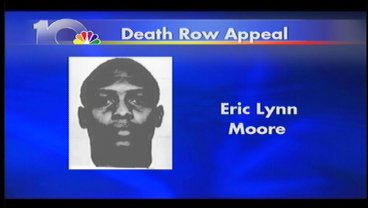 After 20 years in state and federal courts, a Texas man is now off death row, thanks to the help of one Sherman attorney.

Scott Smith picked up Eric Lynn Moore's case 12 years ago, his battle, to prove Moore was mentally retarded and therefore could not be executed.

Back in 1990, Moore and 3 accomplices were convicted of the robbery and death of a woman after entering a home in Collin County and shooting  the elderly woman and her husband.  The man survived but the woman did not.  According to authorities all four men pulled the trigger, passing the gun for person to person.  "It was not a pretty sight," says Smith.

Smith's battle was not to free Moore from prison, but to relieve him from death row due to his mental incapacity.  In 2002, the United Supreme Court declared the execution of mentally retarded persons unconstitutional, declaring it cruel and unusual punishment.  This is what Smith used to win Moore's case in 2004.

Today (March 8, 2010), the Supreme Court said they would not look into the case, thus upholding Moore's 2004 declaration of mental retardation.

"This is not a get out of jail free card just because he is mentally retarded.  He is now serving a life sentence.  He has to serve his time for his crime," says Smith.

Moore is currently serving his life sentence in Livingston.  Smith says, after it was all said in done, Moore was only concerned about getting a new pair of shoes.  That request was denied.

An estimated 1 in 200 cases for appeals on death row are granted.