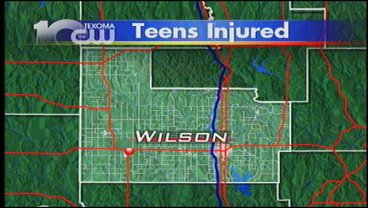 OHP Troopers say the accident happened just after 1 a.m. Sunday, west of Wilson on a county road. Troopers say a 17-year-old driver, carrying five teens in his pick-up was driving too fast, when he lost control of the vehicle, causing the truck to roll.

Two girls had to be flown to Oklahoma City hospitals - Sarah Word, 14, of Healdton and 13-year-old Jera Garcia also from Healdton.

According to the report, no one in the truck was wearing a seatbelt.