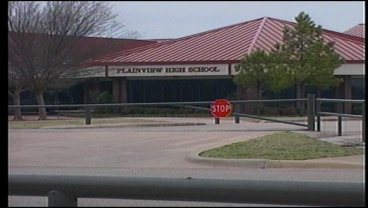 Several school bond elections going on Tuesday, in Oklahoma. First, lets talk about the Plainview School District. Meredith Saldana sat down with the Plainview superintendent on the big election day and has more on this story.

The Carter County Election Board told us, Tuesday, that the polls had quite a few people turning out to vote.

The question is, are they voting for or against the nearly $1-million bond.

Plainview tax payers stopped by their local precincts to cast their votes.

At times, there were even lines to get in.

"I think that the chances are very good and that is just a prediction based on all of our phone calling that we have done over the last three weeks," says Altom.

The school district is asking for the bond to help pay for several different projects.

Some of those projects include a new safety fence around the primary playground, technological upgrades, new heat and air units, and new floors to replace areas that are peeling and could cause tripping hazards.

Mannsville also has a bond election Tuesday, it's for $375-thousand to renovate their gym.

Davis has a bond for 2 1/2 million dollars, they're wanting to build a new elementary school.