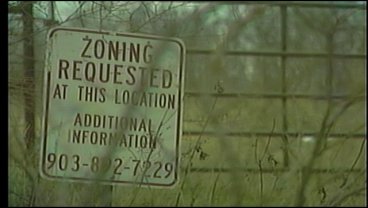 SHERMAN, TX - Plans to put an oil and gas well inside the Sherman city limits go back before city leaders Monday night.

EOG Resources, Inc. is asking to drill on property that's near West Shepherd Road, just south of MEMC. The council tabled the issue at the last city council meeting after neighbors living near the proposed site showed up, opposing the plan.

Neighbors say they are concerned about the potential environmental risks and are worried that the city council will approve the plan Monday night.

The city council agenda shows city officials conducted "due diligence" on the matter and believe there is "no cause for concern", so they will be recommending the council approve the drilling permit.

The city council will also look at prohibiting drivers from backing in to angled parking spaces on city streets.

The proposal states drivers have been backing into the angled spaces in downtown Sherman and say the maneuvering in and out of spaces is creating a danger for other drivers.

The meeting starts at 5 p.m. at the Sherman City Hall.