VA to Take Another Look at Gulf War Disability Claims 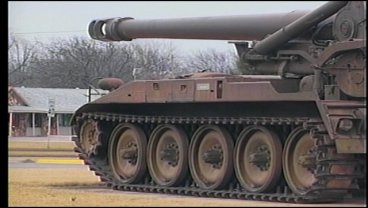 Federal officials say they want to do more to take care of the millions of veterans across the country including those who suffer from gulf war illness.  KTEN's Meredith Saldana visited with two local veterans in Ardmore to talk about these issues.

The department of veteran affairs says they plan on re-examining the disability claims filed by Gulf War veterans.

We met a local Gulf War veteran from Ardmore, his name, Charles Robinson.

He's currently battling lung cancer he believes is a result of the war.

Robinson says he's glad the VA is finally stepping up to help, though it may be too late for him.

To see Robinson's story, click on the video link of this story.