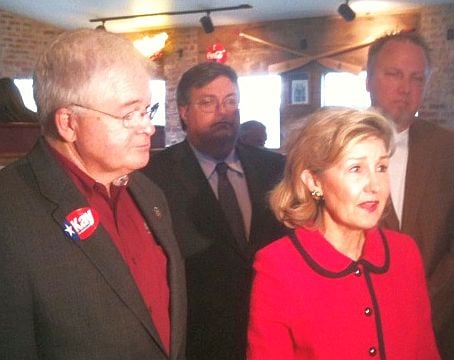 She and current Texas Gov. Rick Perry have been locked in a battle for the Republican candidacy for Texas' top office.

Speaking about the state's dilapidated budget system, she said she's tired of the hypocrisy of Gov. Perry's approach to the budget, such as balancing the budget with federal stimulus money while railing against the bailout at the same time.

That led her to speak of small business and how Texans are balancing their own budgets.

"I am a governor that's going to stand up for small businesses because I've been a small business owner. And I know how tough it is. I am going to take the burden off small business so that we can create jobs in this state. That's the kind of recovery I want."

Four years ago, Sen. Hutchison declined the challenge of Gov. Perry for the position, but she said this time around she's ready to make a stand and show she's a right fit for the state.