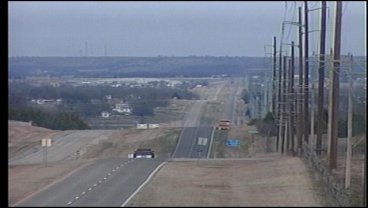 ARDMORE, OK- Cancer is a disease that affects so many people here in Texoma. We told you about the new cancer center coming to Ardmore.  Now, a marathon in Ardmore to help raise money for the center.  Meredith Saldana has more on this story.

This will be the first marathon ever held in the Ardmore area.

Organizers were expecting about 200 runners, but as of Thursday morning, over 400 people were already signed up!

The race is called Arbuckles to Ardmore, or A2A.

"We're hoping the whole town will get involved."

All proceeds will go to the new cancer center coming to Ardmore.

Volunteer Bob Libby says raising money for cancer, is important to him.

"My wife and I lost both of our mothers to cancer and two weeks ago we lost her father to cancer," says Libby. "It's one of those things that impacts so many people and there's so much need there to deal with it to treat it."

Libby will be volunteering with the Red Cross and hopes to see even more people from the community, by his side.

"We need this center, Ardmore needs it, our community needs it. And what we need now is for people to step up to the plate and help out," says Libby.

On March 28th, over 400 runners will run on highway 77 to raise cancer awareness and money for Ardmore's cancer center.

And if you're not a runner, there are still ways you can help.

"We need volunteers to do everything from the glamorous jobs to the not so glamorous jobs," says Smalley. "And, of course we're encouraging everyone to participate."

For more information on the race or how you can volunteer visit the A2A website: www.a2amarathon.com.