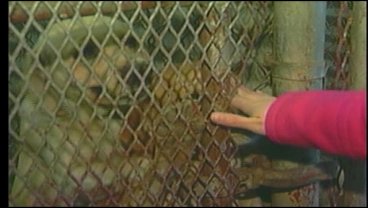 FANNIN COUNTY, TX -- Folks who've worked for years to build a new animal shelter in Fannin County say the animal seizure near Bonham is just another example of the need and the growing problem of abandoned pets. As Deeda Payton reports, construction plans for that new facility have been approved.

The Bonham Police Chief and City Manager says it's happening, they are working to get the animal shelter built for the county, and to replace the existing city pound.

Neely's Pet Place is just one example of a much bigger issue, especially in rural parts of the country. There aren't enough shelters for all the abused and neglected, but Fannin County says they are stepping up to the challenge and are building a new shelter. "Well I don't think anyone's ever doubted that there is a need for a place for our animals that are homeless or in crisis," said Bonham City Manager, Corby Alexander.

Construction plans were approved this week. "It's a giant leap to getting the project going," said Bonham Police Chief, Mike Bankston.

The plans are now being sent to the USDA for final approval, so the county can start accepting bids on the labor. "We get a grant to get us a price on construction. And, then we select a contractor and build an animal shelter," said Alexander.

If all goes to plan, the Bonham City Pound will be no more. Instead, the city will enter an interlocal agreement with the other cities in Fannin County and support one shelter. It will be one large facility, making a small but noticeable dent on the issue of animal welfare in Texoma.

The regional SPCA says two of the worst five cases they have seen of animal cruelty in their 15-county area have been in Fannin County, and Wednesday's seizure didn't even make that list.