Should Tighter Security Be Imposed on General Aviation Airports? 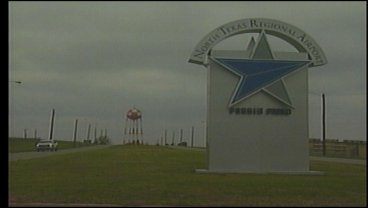 GRAYSON CO., TX - Since 9/11 there have been major efforts to prevent an airliner from becoming a weapon. Most of the ramped up security has focused on major airports and airlines, but after Thursday's crash, questions are being raised about the security surrounding small general aviation airports. Katy Blakey has more.

On any given day as many as one hundred planes may take-off from the North Texas Regional Airport. It's a healthy number for Grayson County, but still small in comparison to major hubs like DFW.

"On a good day there's a lot of activity going on," said NTRA Director Mike Shahan.

The growing number of flights has prompted an increase in security measures. The airport has added electric gates and 24-hour security. They're also participating in watch programs, encouraging visitors to report suspicious activity.

"According to the TSA, we've done better than most in terms of security."

But is it enough?

Aviation consultants are divided over security measures at general aviation airports. Some are calling for more reforms, while others say no - saying airport screenings, pat downs and flight checks would cramp the clientele associated with those smaller airports - the recreational fliers and corporate jet-setters. It could also grossly slow down the multi-billion dollar industry.

"I really don't know how you can make a small GA airport more secure without making it extremely restrictive which would kill business."

According to the Associated Press, some reforms proposed include requiring operators of medium and large aircraft to show their flight crews have undergone criminal background checks and verify passengers are not on the "No Fly" list. But so far those reforms have been opposed by various aviation groups.

Still, Shahan says there are always ways to improve and advance security. Grayson County officials will meet this week to talk about what improvements they can make.