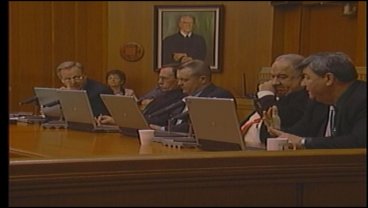 The County Commissioners want to put the new jail to a vote with a bond election in May. In today's meeting residents and county officials, including the Mayor of Sherman and the Grayson County Sheriff, stood up asking for further delays, until more specific information is released on what the $20 million will cover.

The County Commissioners say the facts can be viewed on their website. The website includes the Hale's Mill study. Some residents think this bond election will be a waste of money because it will not pass due to the lack of specific information.

Even the County Commissioners were not on the same page today. The idea of a citizens committee was proposed in hopes to form a non-bias decision but the idea was shot down.

As of now officials say the proposal must to be on the ballot by March 8th to allow for a bond election to take place in May. Many today in attendance say if they had to vote now they would vote "no" to build the new jail. The reason, they say they want more details. They say if the County Commissioners want the bond to pass they need to share more information with the public.