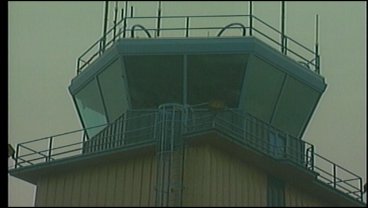 GRAYSON CO., TX - The attack on an Austin IRS building is raising serious questions about the security surrounding smaller airports. KTEN's Katy Blakey has more on what the North Texas Regional Airport has done to make the local airport more secure.

Just a few years ago, anyone could drive up on the runway at North Texas Regional Airport. But that's changed. The airport has taken a number of measures to step up security - adding electric gates, increasing patrol and enclosing the airport.

NTRA Director Mike Shahan says after 9/11 there was a lot of discussion about smaller airports and security concerns and those questions are being raised again, days after the incident in Austin.

Aviation experts are divided. Some say the Austin plan attack highlights a need for reform, while others say there is very little the industry could do to prevent an incident like last week's.

"You can not plan for 100% of everything and still be free," said Mike Shahan, Director of the North Texas Regional Airport. "I really don't know how you can make a small GA airport more secure without making it extremely restrictive, which would kill business."

Coming up on KTEN News at 10, we'll take a closer look at other aviation reforms that have happened at small airports since 9/11. We'll also look at the reforms that are being proposed right now, but have met resistance from aviation groups.