Preventing the Stress of Tax Season 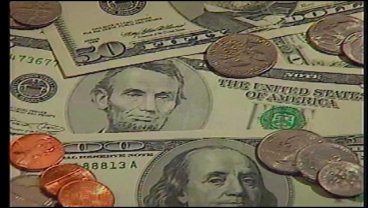 DENISON, TX -- Thursday's plane crash was one extreme example of the toll financial stress can have on a person. Now that we are in tax season, it is especially clear that money matters can put pressure on folks and their families, but there are ways to cut down on the drama over the dollar. Deeda Payton spoke to a local accountant who has some tips for filling your taxes this year.

Most people get the necessary documents to file taxes in January, and filing early can prevent stress even if that means taking it to a professional. It may cost you, but it could save you your sanity.

As they say, where there's smoke, there's fire. The man responsible for the smoking building in Austin was certainly fired up about the Internal Revenue Service. Before, what authorities are calling a deliberate plane crash, pilot Joseph Stack posted a 3,000 word rant against the IRS on the web, citing a history of financial problems. He wrote "Well, Mr. big brother IRS man, take my pound of flesh."

The country saw a side of stack that his friends didn't know existed. "I never saw him in a bad mood or speaking negatively about anyone or anything and this has just been a really big surprise," said Ric Furley.

It's one example of financial stress taken to the extreme, but on a smaller scale, money problems often put pressure on individuals and families that can be detrimental. That's especially true during tax season, if finances aren't in order. "First thing is documentation, keeping records is very important in easing your stress. If you know you have all your documentation, you really have nothing to worry about," said Denison CPA, Matthew Hanley.

Even if you don't know anything about filling taxes, there are ways to get it done stress free. "The second thing is use a qualified preparer to help you assist you most of the returns that get audited/questioned have simple math errors or the forms aren't filled out properly," said Hanley. And, you don't have to be afraid of tax day. "April 15th is not the drop dead for getting a return done. There is an extension. It's an automatic six months extension," said Hanley. Stop the stress before it starts, before it's too late, like it was for Joseph Stack.

If you have questions about how to file taxes, go to www.irs.gov.