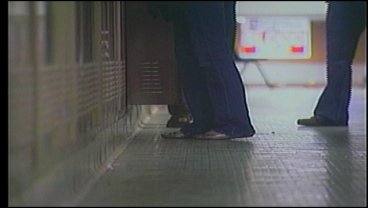 Wednesday's case in Durant started when another student found a purse in a classroom. When they went to turn it in, they found the gun. Turns out, it wasn't loaded. Superintendent Jason Simeroth says everything went according to policy, though, showing how important it is for good student faculty relationships. "You can't emphasize enough how important students are to their own safety. Just from the word of mouth very rarely will any student ever think about doing something like this or even actually do it without speaking about it to somebody.

Mom and Dad, it's a sad fact of this world that you do need to talk to your kids about guns. Talk about what to do if your child is ever in a situation at school where they feel uncomfortable or threatened. Simeroth says sometimes students who bring weapons to school do it as either a scare tactic or our of fear. Good communication, though, could prevent something from turning from child's play to tragedy.