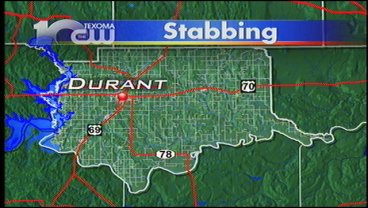 Emergency personnel responded to a home in the 100 block of Arkansas Street just before 6 p.m. Saturday. Authorities tell us two people were involved in a reported stabbing. No one was taken to the hospital, but authorities tell KTEN one person was taken into police custody.