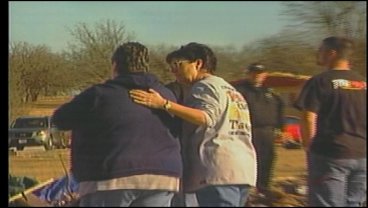 CARTER COUNTY, OKLAHOMA--It was a year ago today the deadly tornados swept through Oklahoma killing nine and leaving hundreds of more residents without a home.

Cities in Southern Oklahoma were hit hard with devastation. In a blink of an eye, Oklahomans stood next to their homes that were flattened, destroyed by the deadly tornado. The area hit so hard, Governor Brad Henry issued a State of Emergency for 17 Oklahoma counties.

It was a terrifying night that left nine dead in Carter County, but through the sadness of loss and destruction their were moments of hope. In the moments following the tornado, many searched for family, making sure their loved ones were still alive.

Meanwhile, crews responded quickly that day and the community stepped up to help. Those in need were provided federal assistance and aided with donations, food boxes and clothing drives. But it was destruction so deep, one year later, residents are still picking up all the pieces.