Emmitt Smith To Be Inducted Into NFL Hall of Fame - KTEN.com - Texoma news, weather and sports

Emmitt Smith To Be Inducted Into NFL Hall of Fame 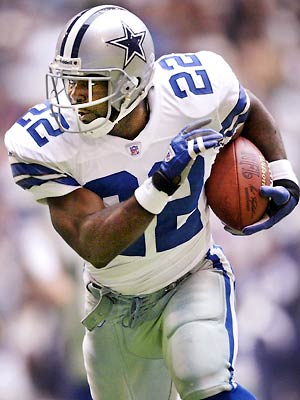 Emmitt Smith and Jerry Rice lead a class of seven new members in the Pro Football Hall of Fame.

The announcement came on Saturday that Smith was voted in. The move will now put all three of the Cowboy triplets, Troy Aikman, Michael Irvin and now Emmitt Smith in the Hall of Fame. The three lead the Cowboys to three Super Bowl wins in the early 90s.

Smith told his peers, "So many said I could not do it. I believed in that little giant inside of me that said I can."

The former Cowboy will be inducted into the Canton, Ohio shrine in August, along with Jerry Rice, John Randle, Russ Grimm, Rickey Jackson, Floyd Little and Dick LeBeau.